Israel is my washpot: politics in ancient Moab 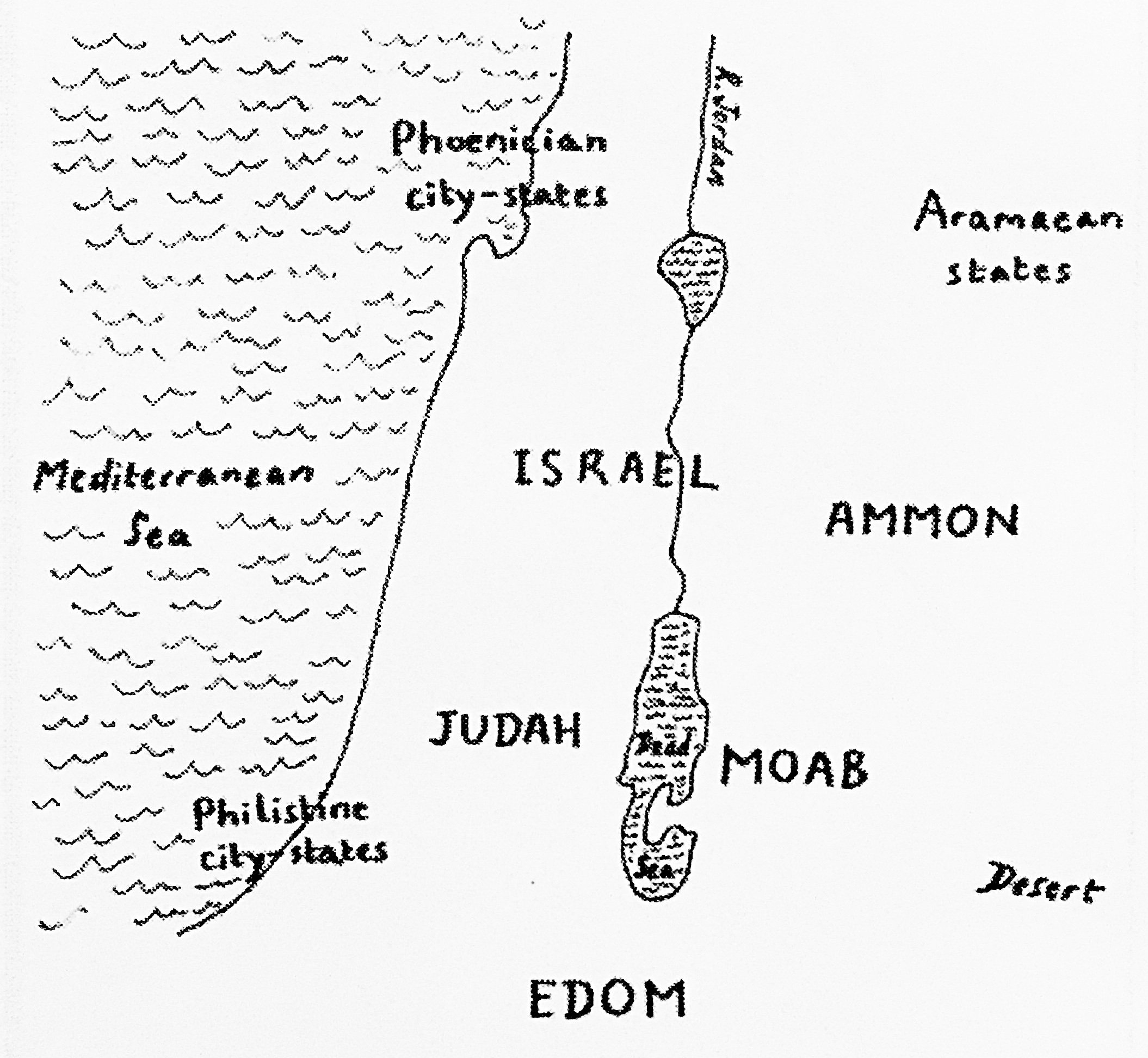 I am Mesha, the son of Chemosh-Yatti, the king of Moab, the Dibonite. My father was king over Moab for thirty years, and I was king after my father.

And in Karchoh I made this high place for Chemosh ... because he has delivered me from all kings, and because he has made me look down on all my enemies.

Omri was the king of Israel, and he oppressed Moab for many days, because Chemosh was angry with his land. And his son succeeded him, and he too said: ‘I will oppress Moab!’ In my days he said so, but I looked down on him and on his house, and Israel has gone to ruin, yes, it has gone to ruin for ever!

Omri had taken possession of the whole land of Medeba and he lived there in his days and half the days of his son, forty years, but Chemosh restored it in my days. And I built Baal-Meon, and I made in it a water reservoir, and I built Kiriathaim.

And the men of Gad lived in the land of Ataroth from ancient times, and the king of Israel built Ataroth for himself, and I fought against the city, and I captured it, and I killed all the people from the city as a sight for the eyes of Chemosh and of Moab, and I brought back the fire-hearth of his uncle from there, and I hauled it before the face of Chemosh in Kerioth, and I made the men of Sharon live there, as well as the men of Maharith.

And Chemosh said to me: ‘Go, take Nebo from Israel!’ And I went in the night, and I fought against it from the break of dawn until noon, and I took it, and I killed its whole population, seven thousand male citizens and resident aliens, female citizens and resident aliens, and servant girls; for I had devoted it to Ashtar-Chemosh. And from there I took the vessels of Yahweh, and I hauled them before the face of Chemosh.

And the king of Israel had built Jahaz, and he stayed there during his campaigns against me, and Chemosh drove him away before my face, and I took two hundred men from Moab, all its chief men, and I led them up to Jahaz. And I have taken it in order to add it to Dibon.

And the men of Dibon stood in battle-order, for all Dibon was in subjection. And I am the king over hundreds in the towns which I have added to the land.

And I have built Beth-Medeba and Beth-Diblathaim and Beth-Baal-Meon, and I brought there ... the flocks of the land.

And Horonaim, there lived ... . And Chemosh said to me: ‘Go down, fight against Horonaim!’ I went down ... and Chemosh restored it in my days.